How to Find Games for Classroom Learning 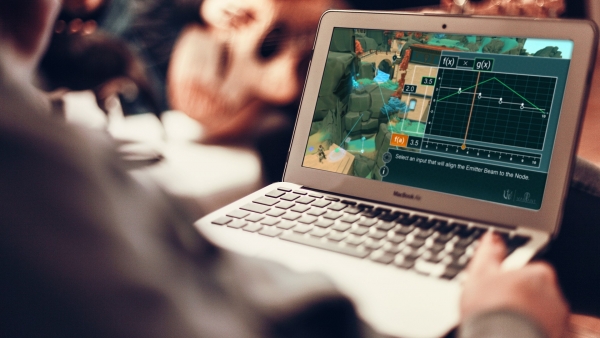 A game-based learning expert looks at why teachers should try using games, and shares a new book—available for free—that will help them identify worthwhile games for their students.

A decade ago, iCivics, which now has about 20 free games on its platform, became my gateway to game-based learning. When I taught social studies to middle school kids, I observed their engagement with content that might otherwise be boring to 12- and 13-year-olds. For instance, to help students learn about the Bill of Rights, I had them play Do I Have a Right? a game where players learn experientially by running a civil rights law firm.

That early experience showed me the power of games as a tool for boosting engagement, but I’d like to suggest a paradigm change on why we need to teach with games, beyond meeting kids where they are. After all, we didn’t toss out books when television came along, and we still teach using novels even though there are film adaptations—new technologies don’t totally displace old ones.

GAMES AS A STORYTELLING MEDIUM

Games are an increasing part of the overall media landscape, just as comics and graphic novels first were years ago. Do we now teach with graphic novels in English language arts classes simply because kids love comics—to meet kids where they are? There are other, more salient reasons, like one espoused by the National Council for Teachers of English—that graphic novels function as multimodal rhetorical narratives that deepen students’ understanding of texts.

According to data from the Entertainment Software Association, total video game sales in 2018 exceeded $43.4 billion—games are a big business. And just as cinema is more than superhero films, games are nuanced media, comprising many genres and subgenres. Call of Duty, Fortnite, and Minecraft do not show the full range of the content in games, just as The Avengers and Toy Story does not represent all films.

Again, I’m not suggesting that we toss out books and play video games all day—I simply suggest thinking about bringing in one or two games to add to or enhance course readings.

Take Gris, for example, which Apple picked as a 2019 Game of the Year. Gris represents trauma and loss visually; the levels are mapped to stages of grief. It can be used to teach social and emotional learning (SEL) skills or to teach symbolism to English language arts students. It can also be tied to a short story, novel, or poem.

Playable on multiple platforms, it’s a beautiful and haunting game with a watercolour aesthetic. Gris is not a competitive experience with level-up mechanics—it’s an example of a mediated narrative that uses game mechanics and interactions to tell a powerful story, and teachers can provide valuable context as students make meaning for themselves by playing.

Games like Gris do not need to be played by single players in isolation—they can be projected onscreen so that a group or the whole class watches as one student plays, and everyone can take a turn even in a single play-through. The game can be paused for discussion or used to generate ideas for reflective writing.

A HANDY RESOURCE FOR FINDING GAMES

I was fortunate enough to be able to contribute a chapter to a new resource aimed at helping teachers on their game-based learning journey: Learning, Education & Games: 100 Games to Use in the Classroom & Beyond, edited by Dr. Karen Schrier. The third in a series of books about teaching with games, it can be purchased as a physical book or downloaded for free. It highlights popular commercial games like Minecraft (which has an educational edition) and Fortnite, as well as smaller, independent games. It also includes board games like Pandemic and Settlers of Catan.

I wrote a chapter on The Migrant Trail, a game about immigration that uses perspective-taking to tell the story. My use of the game has been featured on NPR.

Schrier told me that like my own contribution, “Each chapter covers the main details about each game as well as what age groups it may be best to use with, and the possible areas or skills that the game could teach.”

Schrier recommends that teachers use the lists at the beginning of the book to help them discover games. “I divided the games into different categories, such as games to use for elementary school students or middle school students, mobile games, virtual reality games, or games to teach social and emotional learning, STEM areas, or ELA/language learning games,” she said. “Teachers should look at the lists to find some possible games, and then search for the chapter and read about the game and how it was used for learning.”

She added, “One thing to note is that while some of the games in the book are explicitly learning games, such as Playground Physics, SpaceChem, and Thunderbird Strike, many of the games are commercial, mainstream games that could be modified for learning purposes, such as Fortnite, SimCity 4, World of Warcraft, and Fable III.”

In this new decade, let’s think about moving past notions of game-based learning as being a transactional experience. For young people to be truly media literate, we, as educators, need to contextualize how and why games function and how they can be transformational to learning.

Tweet
More in this category: « Reducing Dependence on Slides Balancing Effort and Efficiency »
back to top