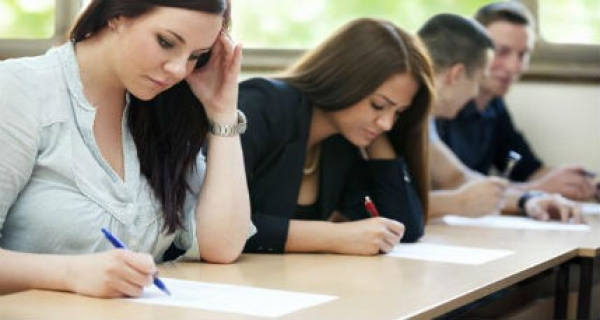 Calculators can be vital tools for encouraging students’ mathematical curiosity and conceptual understanding.

Whether we love them or hate them, calculators are here to stay—gone are the days when we could tell students, “You won’t always have a calculator.” We have to rethink what it means to teach kids how to do basic math in the calculator age.

I’ve spent years figuring out how to incorporate calculators into my teaching in ways that teach my middle school students important skills like number sense, estimation, and problem-solving. Through trial and error, I have created and taught lessons that integrate calculators as a central tool in developing students’ mathematical curiosity, conceptual understanding, and procedural fluency. Two of my favourite lessons cover what many consider basic middle school concepts: percentages and fraction operations.

In this lesson, I always begin by telling students that I’m going to give them several percentage problems as well as the answers. The first thing students wonder is why I would give them the answers. Aren’t they supposed to figure those out?

Not in this case, I tell them: The goal is not to get the answer, but to figure out how the answer was gotten. The first problem we tackle is pretty simple: What is 50% of 24? The students can usually shout out “12!” before I finish writing the problem on the board.

“Excellent!” I respond. “Now, how could you figure that out on a calculator?”

At that moment, students grab a basic four-function calculator. I walk around and have students show me their methods, and I tell them that dividing 24 by 2 is not what I wanted.

“Certainly,” I say. “But we’re not always going to have something as nice as 50%, so we have to find a different way.”

Exasperated, my students try to figure out what I want. After letting them engage in productive struggle, I guide them toward the idea that we can use the numbers 50 and 24 to reach 12. Soon, they’re getting ideas like multiplying the numbers, resulting in 1,200.

My students start figuring out that to reach the answer, we can multiply the per cent by the whole number and then divide by 100. Some students even propose that you just turn one of the numbers into a decimal before multiplying (50 times 0.24 or 0.50 times 24). Others say that you put a decimal point into both numbers, but only one digit in each (5.0 times 2.4). Some suggest using the % button on the calculator, which would also turn their number on the screen into a decimal. I then have students provide conjectures about why all of these strategies work and what they have in common.

Soon, my students are engaging in a mathematical discussion about relationships between decimals and percents, how the number 100 is inherent to all of the calculations, and how 50%, 0.50, and ½ are all the same thing.

I continue the lesson with more complicated problems. Trying to solve something like 17.35% of 8.4 using paper and pencil is overwhelming—but with calculators, my students approach even seemingly scary problems like this with confidence, armed with the knowledge that the relationships remain constant regardless of the complexity of the numbers. Using ideas like per cent-decimal equivalence—as well as efficient algorithms like “% × n ÷ 100”—my students develop, with the help of calculators, conceptual understanding and procedural fluency.

Extending my students’ newfound understanding of rational number equivalence, I use calculators to teach them multiplication and division with fractions and decimals. As with the percentage problems, I begin by showing students known equivalent fractions and decimals, such as ½ = 0.5 and ¾ = 0.75. Students explore how to use the numerator and denominator to generate the decimal forms. Eventually, they discover the division algorithm (numerator ÷ denominator). Once they have this method mastered, the real fun begins.

I present a multiplication problem: ½ × ½. I ask students to see if they can use their conversion strategy to simplify this problem. After some productive struggle, students arrive at 0.25, which they usually recognize as equal to ¼. Soon, they’re engaging in a discussion about how they could have just multiplied the denominators without all that decimal stuff.

“But what about the numerators?” I ask. Well, maybe they also multiply, but my students aren’t sure. That’s when we bust out another problem: ¾ × ⅖. The students first conjecture that they multiply the numerators and denominators, resulting in 6/20.

Throughout the lesson, I give students different problems, including ones with improper fractions and mixed numbers, and all of their work can be verified using the calculators; they no longer need me to continuously check their work, which leads to greater independence in problem-solving.

The biggest surprise I encountered was how easily students were able to work with repeating decimals. While it took some time and even more productive struggle, my students were tackling multiplication and division problems with all kinds of fractions that had repeating patterns. They began to recognize that typing in a bunch of 3s to represent 0.3 got them pretty close to the actual answer for ⅓ ÷ ¼ (0.3333333 ÷ 0.25 = 1.3333332, a very close approximation of the actual answer of 1⅓). At no time in my math education did I learn how to operate with repeating decimals as expertly as my students were doing during the rational number unit, thanks to their use of calculators.

It takes a lot of intentionality and planning as well as rethinking what we believe is important for students to learn in math, but when you unlock the power of calculators, you give students access to mathematics in whole new ways. What constitutes basic math has to evolve with our changing world. Our students will spend their lives living in the 21st century, and calculators can be the key to giving them a true 21st-century education with 21st-century math basics.

Tweet
More in this category: « A Handy Strategy for Teaching Theme Can Innovation Skills Be Learned? »
back to top