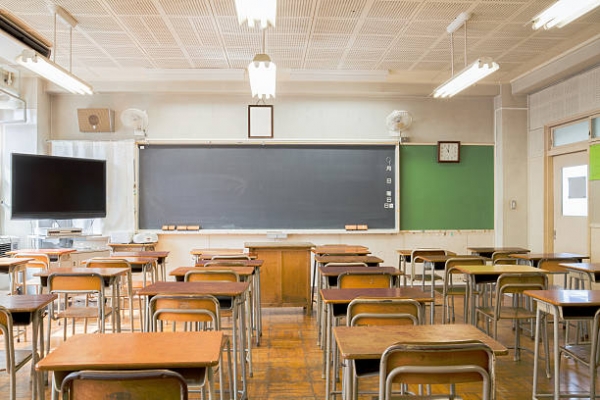 Employing the scientific method in history instruction can improve comprehension and engagement.

At the start of each school year, I ask my students, “Why do we study history?” The response is usually something like “So we don’t repeat the mistakes of the past.” Understanding the ethical, political, and social complexities of historical events are what helps us as a society to make better decisions in the present. But how do we promote this type of real-world learning in our classrooms? Using historical inquiry, much like the scientific method, can improve comprehension and engagement.

In the same ways that students in a science class make observations about the natural world, history teachers can engage students’ curiosity in the human world through inquiry. Using a contemporary issue pulled from the headlines is a good starting point. Consider events that connect to the content, but also pay attention to the level of difficulty of a piece. Use multiple resources such as video clips or images to provide background information on the current event before assigning the article. Curriculum experts such as Brown University’s Choices Program, the Stanford History Education Group, and UC Irvine’s History Project provide teachers with many free resources on present-day events.

As the class reads an article, ask students to write down questions and make observations to engage intellectual curiosity about the historical roots of a contemporary issue. For example, to start our conversation on Reconstruction, I started with a lesson on the 2017 protest in Charlottesville, Virginia. Students asked questions such as “Why did people feel the need to build memorials of Civil War soldiers?” and “Where are the most Civil War soldier memorials located?”

Organizing research into variables and groups helps students begin the research process. In the same way they would set up for data collection in a science lab, students recognize that they need to collect evidence for each part of their historical question.

We often think the word hypothesis is used only in science class, but historians also make predictions. Instead of beginning a history lesson with a thesis, start a research activity with a historical hypothesis.

After creating a comparative question as a class, each student writes down an individual hypothesis. Since we had recently completed a unit on the Civil War, many students hypothesized, “Northern states that welcomed Reconstruction created more monuments because they wanted to remember that they won the war.” Some students connected their prediction to our current event on the riots in Charlottesville, hypothesizing, “Southern states that did not welcome Reconstruction created more monuments because they wanted to honour their fallen soldiers. Northern states would not want to build many monuments because the North wanted to focus on bringing the country together rather than celebrate winning a war.” Making predictions encourages students to explore historical empathy. How did different individuals perceive the historical event? Why?

By creating a hypothesis instead of trying to find information that proves an argument, students are left to wonder what the evidence will tell them: Will the data match my prediction, or will it show me something I did not predict?

Once the hypotheses are developed, students collect a range of primary and secondary sources as quantitative and qualitative evidence. Quantitative evidence consists of numbers, typically in the form of graphs, timelines, and charts to show historical patterns over time. Qualitative evidence includes descriptive words or visuals, such as written documents, images, maps, and video clips. For example, to provide context on Reconstruction, I shared sources about sharecropping, Radical Reconstruction, and the Black Codes. Primary and secondary sources on socioeconomic perspectives and demographic costs during and after the Civil War helped students gain an understanding of the attitudes and experiences of people living during Reconstruction. Political cartoons and historical newspapers also helped students understand popular sentiment during the time period.

To increase student engagement in finding evidence, teachers can also ask students to find their own sources. For example, a student group in my class found evidence for understanding where Civil War memorials are located. Data collection allows students to engage with sources and see connections to their hypotheses. In this inquiry-driven scenario, the answer is a mystery, and students are invested in producing new conclusions rather than repeating old ones.

As history teachers, we are skilled in getting students to analyze sources and connect source analysis to historical context. I like to use the phrase analyze data with my students because it gets them out of repeating what I say in a lecture and turns them into historians conducting what they feel is real historical research.

For example, many of my students learned that states legalized Jim Crow laws during the same time period that many Civil War memorials were built. This context led many of them to ask questions about racial segregation. They wanted to learn more about the civil rights movement. Most important, many of my students began to ask questions about racial and socioeconomic inequalities that exist today.

The use of the scientific method to teach history is an adaptable, replicable approach. Because it engages students in critical thinking and assessment, the method reinforces the fact that the end result of a history class should not be what can be remembered, but rather what can be done.

By Shana Barnett for edutopia.org

Tweet
More in this category: « Boosting Student Engagement... With Rubber Ducks? What it Takes: America's Best High Schools »
back to top